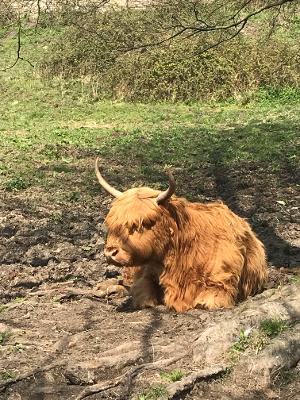 Work on the new surfacing for Bell Lane car park was almost complete at the time of writing. The additional cost of the hire of portable facilities for the contractors had become necessary due to the closure of the Bell Lane public conveniences because of the pandemic.  Also the new soil area has been grass seeded so the cones will remain in place for another couple of weeks, just to let it establish.

Additional bark chips costing £160 were required for safety beneath the Brimscombe play area zip wire.  As per the council’s financial regulations the expenditure was authorised by the Finance Committee chairman and the clerk.

Cllr Reid has reported on the inaugural Climate Action Network meeting in March at the Market House.  A diverse group of people from all over the parish had attended. The aim was to engage members of the public into enlisting in CAN, either to do one of the jobs or be part of a steering group.  Matters had regrettably gone no further due to the Covid19 situation.

The council formally has formally noted the sad death of serving Cllr Phillip Callaghan- Wright, and also the resignation of Cllr Jenny Molyneux.  With the earlier resignation of Cllr Anthony Cipriani there were now three vacancies on the parish council, for the South, Amberley and Brimscombe wards respectively, although current advice was that polls would not now take place until May 2021.

The chairman and vice-chairman had agreed grass cutting of council play areas should continue only enough to ensure the safety of members of the public “using them at their own risk” as they are informed by notices erected at all sites.

Scar Hill will be closed 8th-10th June, 2020, for water works.  Swells Hill was recently closed for the disconnection and removal of a kiosk, and earlier in April Forwood was shut for urgent water works.